Security Interests in Aircraft and the Quagmire of Conflict of Laws

The recent receivership of Skyservice Airlines Inc. highlights the importance to airline creditors of having in place a certain, easily understandable and uniformly applied regime regarding the perfection and priority of various interests in aircraft.

The registry allows individuals and organizations to electronically register their interests in aircraft in one central registry which is easily accessible and searchable by anyone.

The Cape Town Accord provides a simple “first to file” priority rule based on the registrations made in the new registry. The new registry system and related priority rule are simple, efficient and easy to understand by all participants, and most importantly, are intended to apply uniformly to everyone. Unfortunately, the Cape Town Conventions has not been fully implemented by many countries, including Canada. Given the need for liquidity and efficient financing by today’s airlines, and the need for certainty of remedies and protection by their lessors and financiers, it is unfortunate that the industry remains lost is a quagmire of inconsistent rules, complicated priority regimes and complex conflict of laws issues.

For example, consider a debtor under an aircraft security agreement that is incorporated in the Province of Ontario, has its head office in the Province of Alberta, has registered the aircraft with Transport Canada and uses the aircraft on routes from Montreal, Quebec to locations in Europe. A secured party will need to understand the law of each of these jurisdictions to fully protect its interests. In this example, Ontario law provides that the relevant jurisdiction for determining the secured party’s rights is the jurisdiction where the place of business of the debtor is located, or if there is more than one place of business, the jurisdiction where the chief executive office of the debtor is located.

That determination in itself is not an easy one to make and depends on many factors that will need to be considered by the secured party, which factors will be subject to change from time to time. In the above example, and assuming that the chief executive office analysis determines that the chief executive office of the debtor is the same as the head office of the debtor, Ontario law sends the secured party to Alberta. Under a similar analysis, Alberta law also sends the secured party to Alberta. 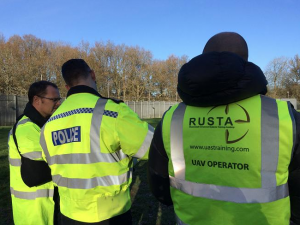 However, Canada does not have a federal system of registration with respect to perfection or priority of interests in personal property (including aircraft); perfection and priority issues with respect to personal property in Canada is governed by provincial and territorial law. A prudent secured party, therefore, will need to look to the perfection rules of each province and territory of Canada. Other European countries look to the jurisdiction of the debtor, which in this example could be Ontario or Alberta.

Once all the applicable jurisdictions are determined, the laws of each such jurisdiction will need to be analyzed to determine what is necessary to perfect and protect (and maintain) a secured party’s interest and the priority thereof with respect to third parties. Of course, as soon as a debtor relocates its registered office, chief executive office, where it stores the aircraft or the routes that it flies, the entire analysis needs to be redone.

The Cape Town Convention and Aircraft Protocol is intended to create a simple registration system and priority regime that is uniformly applicable. For the sake of aircraft lessors and financiers, as well as their customers and clients, we can only hope that more countries adopt and implement them as soon as possible. 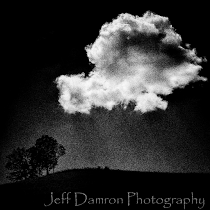